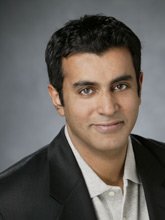 Narendra Reddy is currently Chief Operating Officer at The Africa Channel in Los Angeles, California. In this position he is responsible for providing strategic creative direction and executive representation for Production, Programming and Acquisitions for the network including the development and production of original pilots and series domestically and in Africa.

He has worked over 15 years in the global media industry. During that time he has overseen the production of multi-platform content for Web, TV and Film. In addition he has spearheaded marketing and programming / acquisitions activities for television and cable companies as well as business development in the domestic and international media space.

Most recently Reddy was the General Manager for DreamWorks Animation India, a division of DreamWorks Animation, SKG, providing oversight for all aspects of the Studio’s operations as well as being involved with global strategic planning for the company. During this time he supervised the India unit productions of DreamWorks’ ‘Puss in Boots’, ‘Madagascar 3’ and ‘Rise of the Guardians’ in addition to several TV specials.

Prior to that Reddy was Vice President Programming & Development – Kids & Family at NBC Universal where he worked for 8 years. He played a key role in developing a Kids and Family programming strategy for NBC Universal whilst providing oversight for the “Saturday Morning Kids Block” on NBC. He supervised production on the NBC Owned – PAX network’s youth drama series “Young Blades.” In the unscripted arena for PAX, he shepherded two cycles of “Cold Turkey” (which was recognized as 2004’s Best Family Reality Series). In addition, he oversaw the unscripted programs “Model Citizens,” “America’s Most Talented Kids,” “Second Verdict,” “World Cup Comedy,” “Extreme Fakeover” and “Lie Detector.” Rounding out his experience, he helped guide the PAX game shows “Balderdash” and “On the Cover” into production.

He also served as Director, Programming & Development, since January 2003 where he was also involved with developing Prime Time scripted programming for NBC.

Earlier, Reddy was a Senior Consultant for NBC Entertainment from April 1998-December 2002. In that role, he was responsible for developing and implementing an integrated strategy around NBC’s 75th Anniversary activities as well the 25th Anniversary of ‘Saturday Night Live.’ During this time he played key roles in both the Primetime Series and International Sales teams. From November 1996-March 1998, Reddy served as Senior Management Consultant for General Electric Capital in Minneapolis, Minnesota. During that time, he was actively involved in theater where he acted, produced and stage-managed over 20 shows.

Reddy graduated with a Bachelor of Science degree in production engineering from Anna University in Madras, India. He later received both a Master of Science and Master of Health Administration degree from the University of Missouri. Subsequently, Reddy completed an advanced certificated program in film, television and digital entertainment at UCLA — with a specialization in directing.