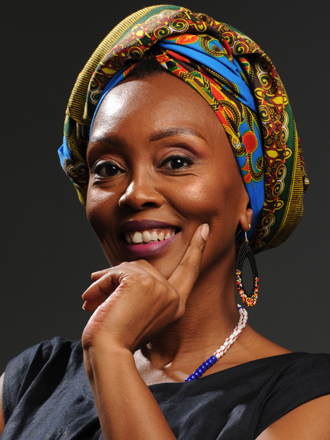 Mokopi Shale has had an illustrious career that includes hosting a reality television programme Take 5 for a period of 5 years, a career that began with her as radio drama actress in 1998, while in the process of completing her degree in drama and industrial psychology at Rhodes University. She has cut her teeth producing Take 5, as well as radio programming for Pan-African digital radio station Tranx-Africa Media.

As a commissioning editor for the drama department of the SABC she was responsible for Generations, Entabeni, Ubizo, The lab, Home Affairs and a slew of other television dramas that delivered in excess of sixty percent audience share and brought in massive advertising revenue for the SABC. Mokopi has worked as a storyliner for Generations, head written It’s Complicated and Mfolozi Street, and box office success feature film Mrs Right guy. Mokopi is the creator of the successful reality show Mokapelo, and was also series producer for Phola Tsotsi/Cherrie. Her debut novel Love’s Courage was an audience favourite, followed closely by A prince for me, and Written in the stars.

Before there was us is her fourth novel, and is the prequel to the feature film Love Lives Here, due for release in March 2019.