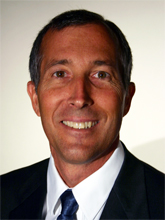 Fred Paccone is a finance executive with over 25 years of experience in the entertainment industry with Fortune 500 companies such as The Walt Disney Company and Paramount Pictures as well with smaller companies and start-ups. As the Chief Financial Officer for The Africa Channel, Mr. Paccone is responsible for all accounting, finance, business planning, strategic planning, and investor relations for the Company.

Prior to joining The Africa Channel, Mr. Paccone was a management consultant to various entertainment companies and individual producers and talent. Additionally, he spent seven years as the Senior Vice President, Finance for Big Ticket Television, a start up television production company which, under his tenure, grew into a $350 million business. Mr. Paccone worked for approximately eight years with The Walt Disney Company during which time he worked for 4 years as an in-house consultant where he advised on strategic, financial and operational matters across the Disney conglomerates’ various divisions including consumer products, filmed entertainment, studio operations, theme parks and resorts. He also served for four years as the Vice President, Finance for Disney Television Animation where he directed a worldwide finance and accounting staff for a $500 million international business unit with operations in the USA, Europe, Asia, Canada and Australia. During this time, he identified a new direct-to-video line of business whose first release generated over $100 million in sales for the Company and developed a comprehensive outsourcing plan which reduced program production costs by 14%. Mr. Paccone’s earlier career includes serving in various finance and treasury roles for several other entertainment companies involved in motion picture and television production and distribution including Metro Goldwyn Mayer/United Artist and a start-up venture The Wientraub Entertainment Group.

Mr. Paccone has a business degree from the University of California, Berkeley, Haas School of Business and is a recipient of a Rotary International Scholarship for outstanding academic achievement, exemplary leadership skills and effective interpersonal capabilities.