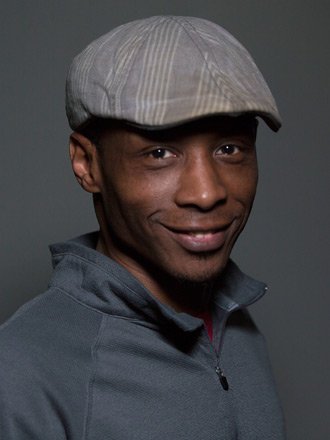 David’s broadcast production career began by studying art at Pasadena City College, followed by graphic design at University of California, Los Angeles. After developing a strong interest in animation, he enrolled in the Rowland Animation program. It was during his training that he was introduced to acting, which naturally led to filmmaking.

From 1998 to 2006 David worked as a camera operator for various entertainment and reality TV outlets, including NBC, BET, HGTV, CNN, and the HISTORY CHANNEL. He then enrolled in the Mt. Sierra College Media Arts Program to study post-production and digital effects. After a two-year run as producer, cameraman, and editor for an online channel, he was hired as a full-time editor/producer at the Africa Channel.

A native of Chicago, David made California his permanent home to pursue a career in Hollywood. Although he loves the entire production process and thrives in environments receptive to creativity, art is…and will always be…his first love. Service is always paramount. It’s this belief that drives him to anticipate a client’s needs and realize their vision. He is just as passionate about the audience as he is the craft.