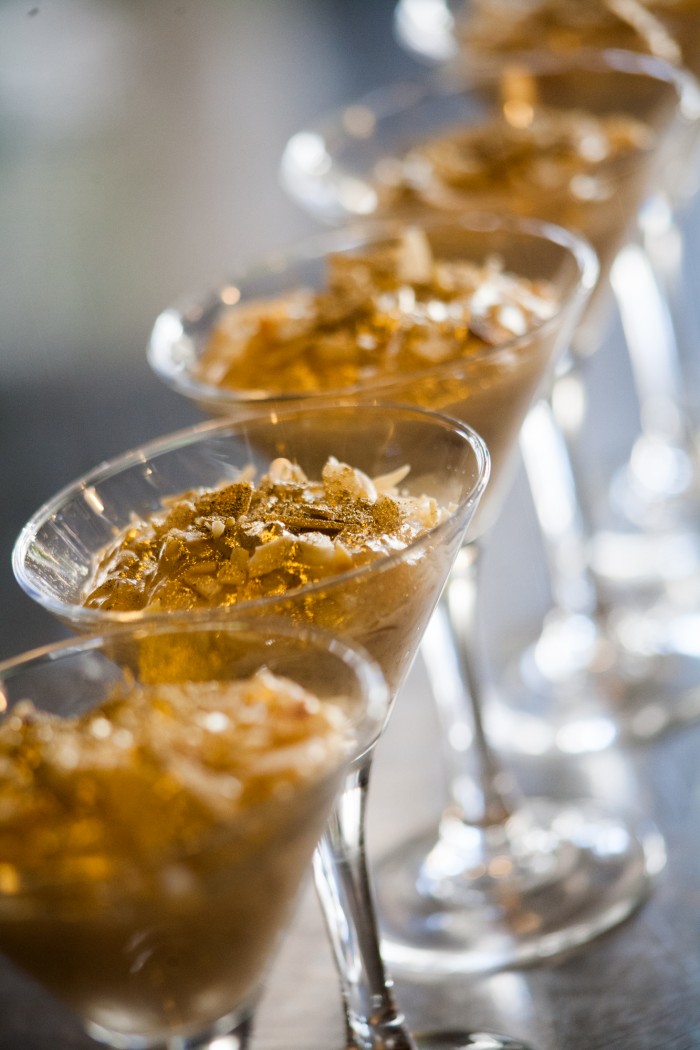 Toast the flaked almonds in a warm pan. In another large pan, melt the butter and gently fry the vermicelli and the spices over a very low heat until golden and aromatic. Remove from the heat. Pour the sago into a deep pot with a cup of the milk and bring to a boil, stirring continuously. Cover and set aside for 15 minutes for the sago to plump and absorb the liquid. Add the remaining milk, the vermicelli mixture, the sugar and sultanas and gently simmer over a low heat for about 10 minutes until the vermicelli is tender and the sago transparent. Stir occasionally at first, then constantly as the boeber thickens. Remove from the heat and stir in the cream and vanilla essence. Reheat and spoon into bowls. Garnish with a sprinkle of the toasted almond and serve warm. At Gold, they add a light dusting of Gold Dust. If you’re feeling decadent – do the same.

NOTE: If you allow boeber to cool, it will stiffen. Heat gently over a low heat and add a little milk to loosen and get it back to the right consistency.

*Sago is the starch that is extracted from the Sago Palm; it is a staple of the people of New Guinea. Talk about global fusion – vermicelli from the East and sago from Oceania meet Africa and become an integral part of Cape Malay cuisine on the southern tip of the Dark Continent.

PS: If you were wondering why I say without the sultanas, I can’t stand cooked sultanas – they always remind me of ticks exploding in my mouth. Weird, I know. But that’s me 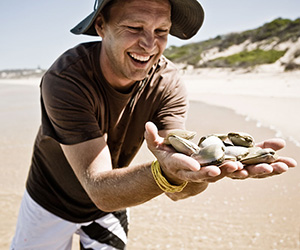